I get asked often about tips or tricks on how to make the prefect pom! WELL……TODAY I am sharing with you how to make the perfect Pom pom AND I am also going to give you a fun craft to get imagination flowing with your kids by turning that pom pom into a monster.

Supplies for the perfect Pom:

If you have pom makers, they are AMAZING and make life SO easy, but if you don’t I used to make poms on a fork as a kid and it worked totally fine! 🙂

1.  Open your pom maker and “fill” each side of the circle with yarn (being careful not to go over the “nubs” of the ends). Fill them and then close them back into the circle. Cut the “gully” or the crease between the two sides with sharp scissors.

2. Tie your pom together by cutting a (larger-than-you-think-you-need) piece of string. Wrap the string around that gully you just cut and then tie it (pull tight, but not too tight that the string breaks).
note: Some people swear by embroidery floss or wax thread because it’s “stronger” than yarn

3. THE SECRET TO THE PERFECT POM: trimming
And I have an even bigger secret to share: if you trim your edges while still IN THE POM MAKER, this will give you a rounder ball to begin with and your trimming time will be cut in HALF (or more). So, before I pull the pom out of the pom maker, I use the scissors to trim the excess flush to the pom maker. (just do the best you can and get as much off to form a circle). I have found that if I don’t do this, the pom comes out more “square-ish” and it makes it harder to trim into a circle (because there is no “base form” to start from). Make sense?

1. Grab a piece of cardboard (from a shipping box, cereal box or anything semi-sturdy). Cut a rectangle (the width of the rectangle will be the approx. the size of your pom….) Cut 2 edges of the rectangle at a bit of an angle (it makes it easier to slide the wrapped yarn off easier).

2. Begin wrapping the piece of cardboard making sure to wrap the yarn “on top of each other” keeping it away from the edge of the cardboard on both sides so that it doesn’t slide off. The more you wrap, the more full the pom-pom will be (within reason, you can wrap TOO much which would just make it too bulky to tie tightly). After your done wrapping, cut your yarn from the skein and then wiggle it down towards the edge of the cardboard.

3. Cut a long piece of yarn to tie with and thread it through the center of the yarn so that it comes out each end. Tie a loose knot with the yarn and carefully wiggle the entire bundle of wrapped yarn off the piece of cardboard. Carefully, flip the pom bundle over and tie a knot as close to the center of the pom as possible: you will be making a flat “pom pancake” and you want the tied piece of yarn to be as centered as possible. Tie a knot, flip the pom over and tie another knot to continue to tighten this middle string. Do this 3-4 times until the pom is securely flat, and tied tightly.

4. Cut the loops, and then trim the pom in a circle as best as possible. The more you trim, the more full the pom may seem as well. Keep fluffing and trimming the pom as necessary! 🙂

Once you are done with your PERFECT POM POMS, use your hot glue gun to add Monster embellishments. You can use cardstock OR felt for eyes, legs, bellies, teeth, tongues, or any other monster feature. 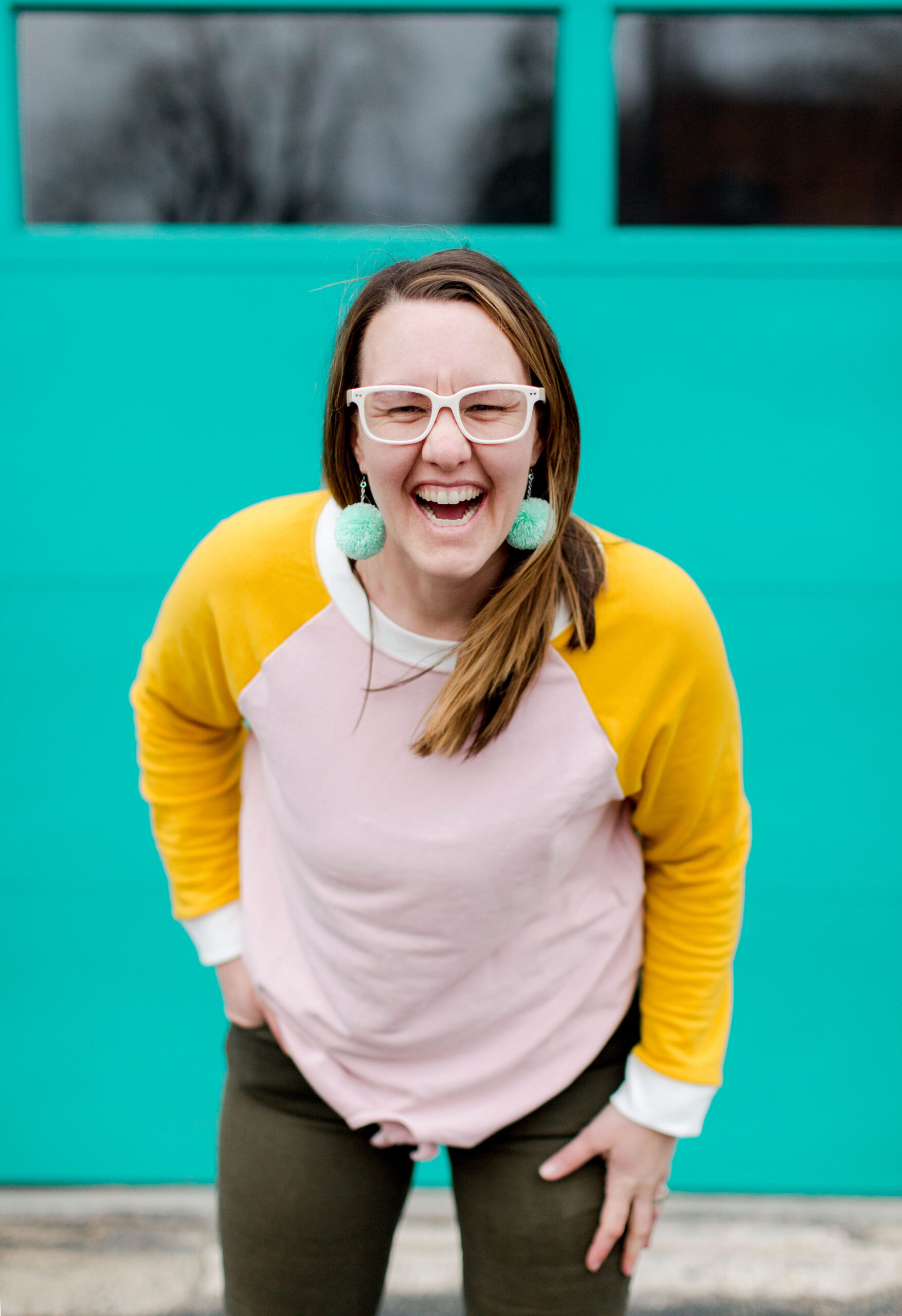 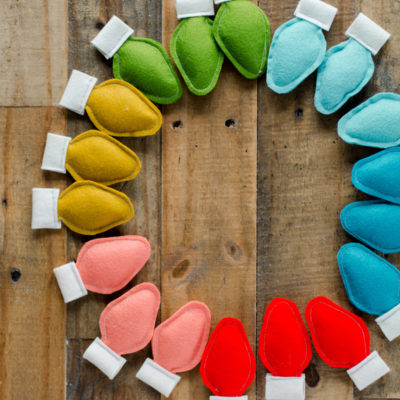 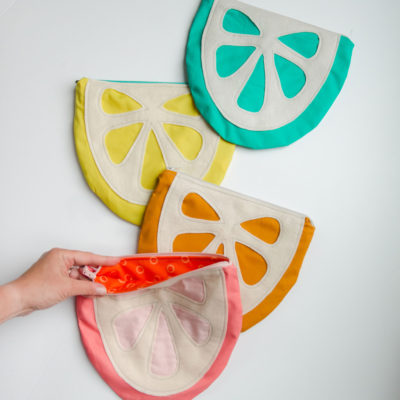 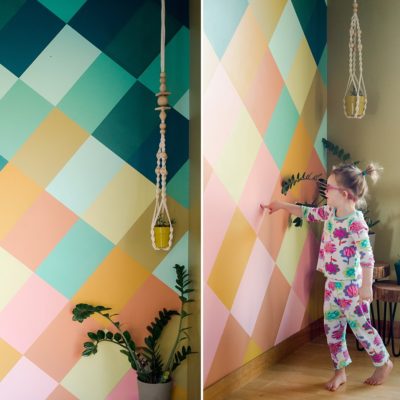 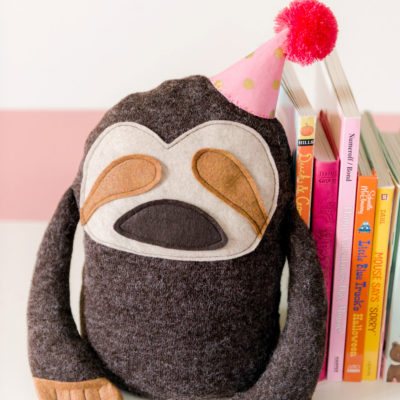 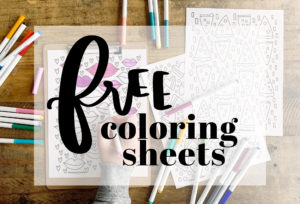 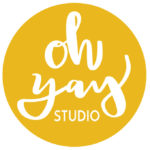