We’ve had a space under our stairs that has previously been filled with boxes and papers and random stuff (that truthfully never REALLLLLLY needed to be stored and kept…..ya know, the boxes that get moved from house to house to house without anyone ever opening them)! So when our basement flooded this past summer, it gave us an excuse to pitch + toss out these soggy boxes full of things that we didn’t need any longer. Zeke INSTANTLY asked if we could turn this space into an indoor clubhouse and I, of course, happily obliged. Since, they been playing in it, sleep-overing in it, collecting football cards in it and more…BUT I *knew* that this space needed some colorful LOVE…..so a rainbow mural on the ceiling is just what was in order! 🙂

My vision was to paint something inviting, colorful and that didn’t add visual “clutter” to whatever clutter may end up in this space day after day (ha!) 🙂 (all Esther requested was something with pink and was “rainbow-ish”…..so I guess I took this literal!) I wanted to bring your eye through the space by using the color on the ceiling and then carrying it around to where the ceiling meets the floor.

I also did some quick measuring and mapped out just how wide the stripes needed to be (8″ was an easy division to make things “even”). I measured 8″ around the perimeter of the space and then brought the lines inward towards the center “beam” to make the stripes pivot using a straight edge.

The colors I used were all BEHR paint colors from the Home Depot (I LOVE buying the small sample sizes in various colors for murals….it’s amazing how far the paint in those testers can “go” on a wall)!

I began painting by taping every other section with FROG tape (the best tape)….so essentially I taped off 5 colors at a time to paint. I did 2 coats on each stripe, peeled tape (always peel tape while wet), allowed to dry and then taped off the alternating stripes. I didn’t have much touch up work to do besides a few spots here and there (I was relatively surprised I dnd’t have more touch-up work since the ceiling is a knocked down popcorn with texture).

The kids have WAYYYY more idea on what to add to the space (like a football card sorting station for Zeke and an American Girl doll area for Esther)! I 100% want this to be their space for playing, dreaming, reading, imagining, hanging out and just being KIDS! (and heck, you may even find me down there lying on the floor, looking up at these colorful stripes from time-to-time…..maybe I should replicate this in my closet too)! 🙂 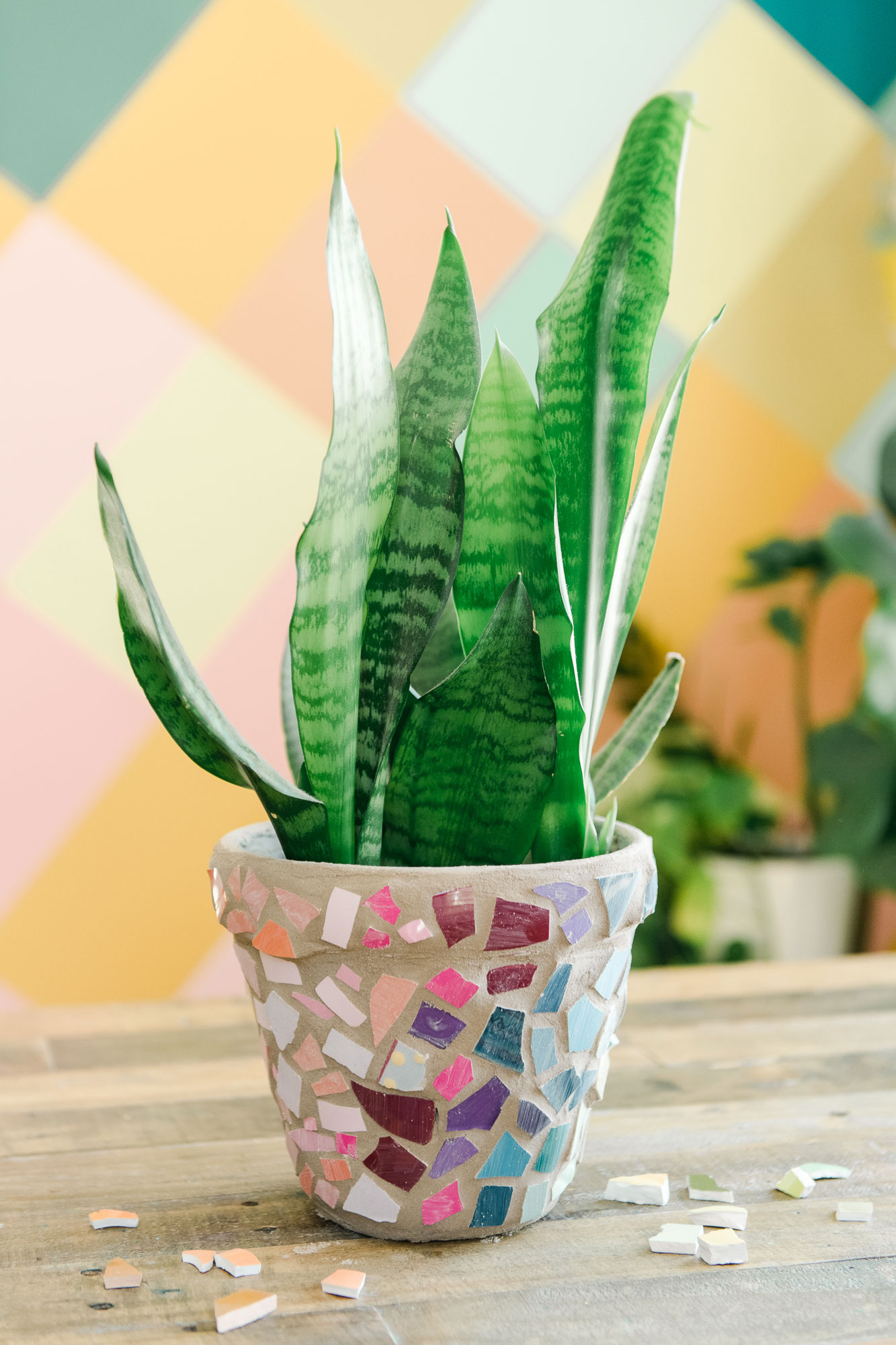 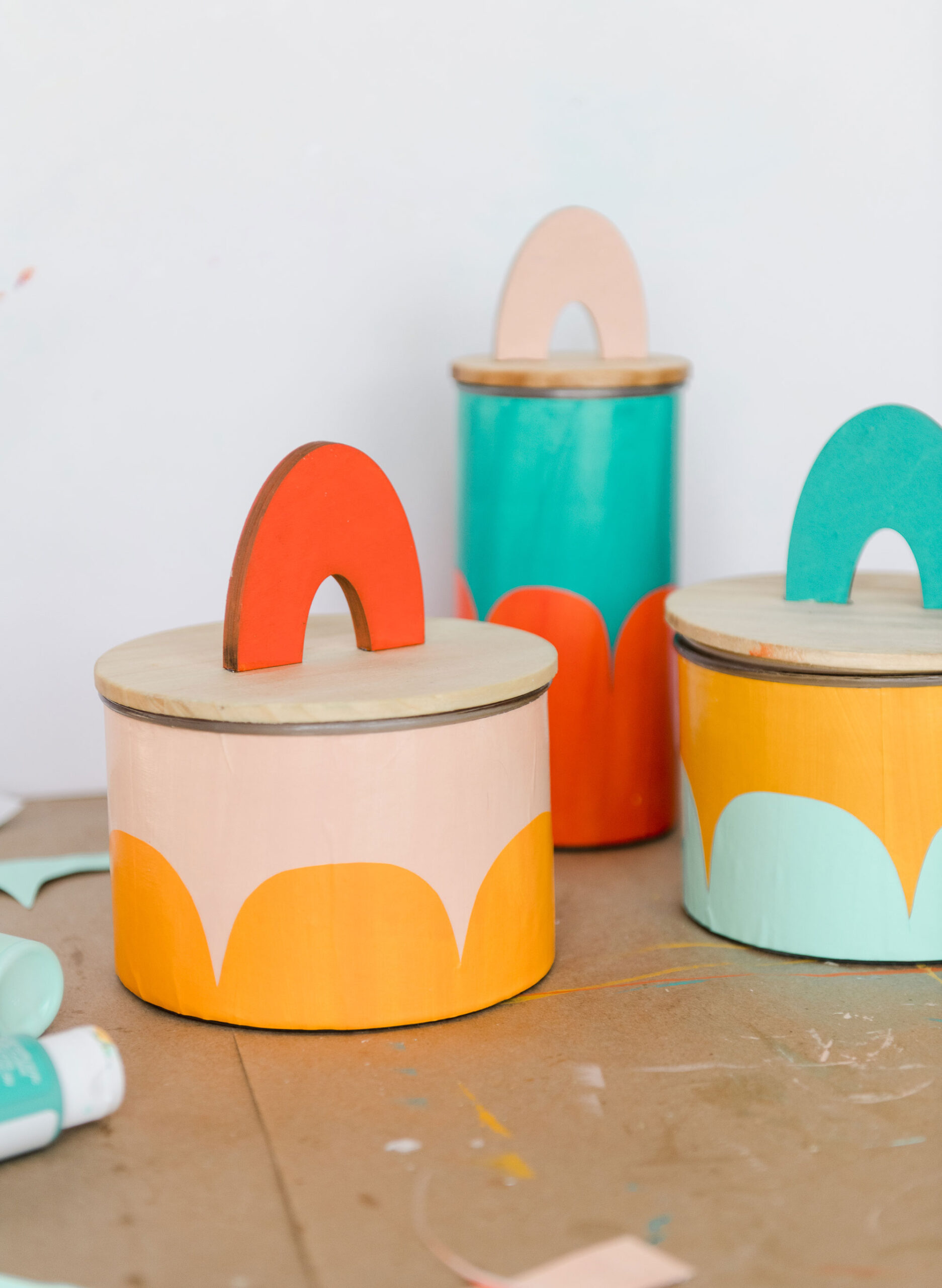 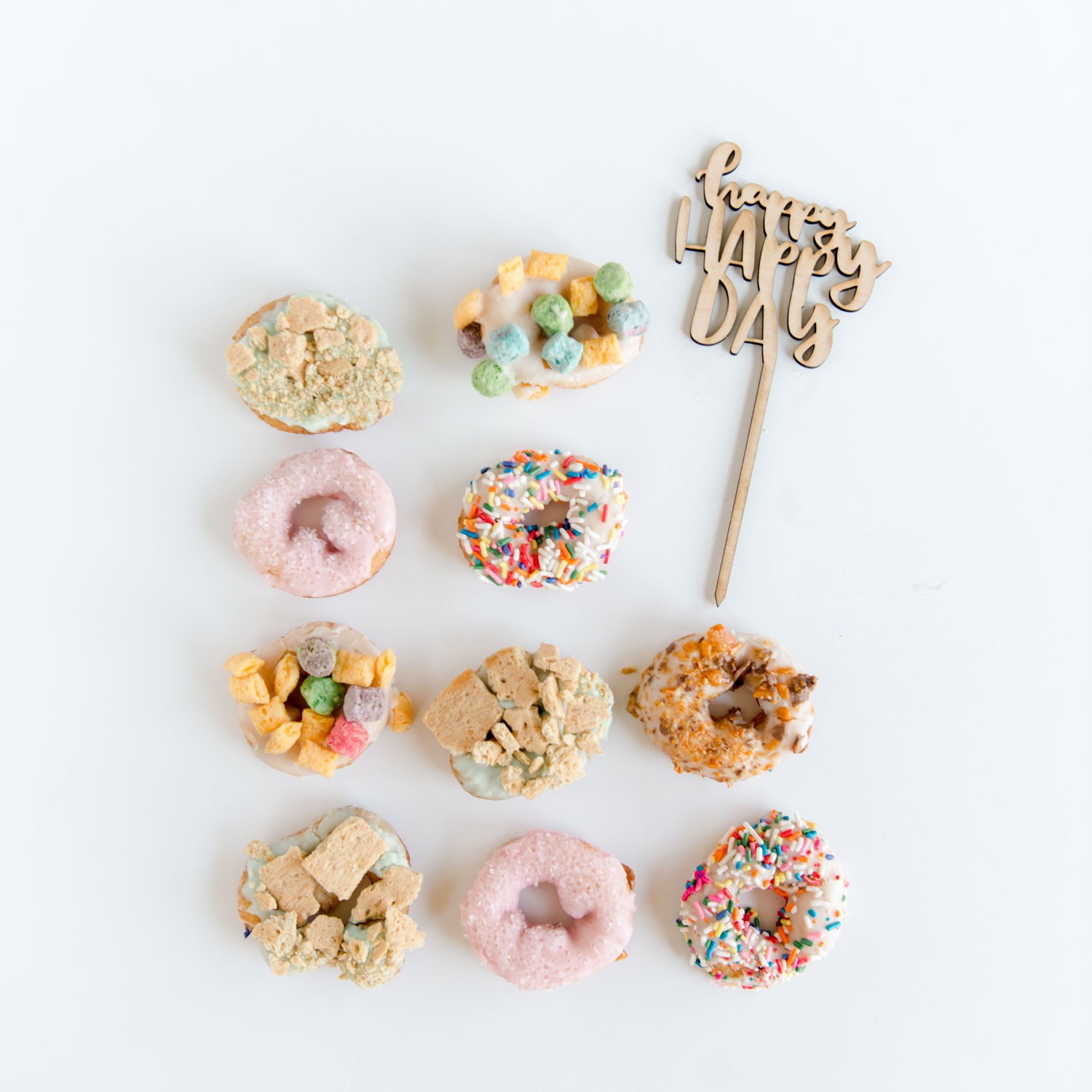 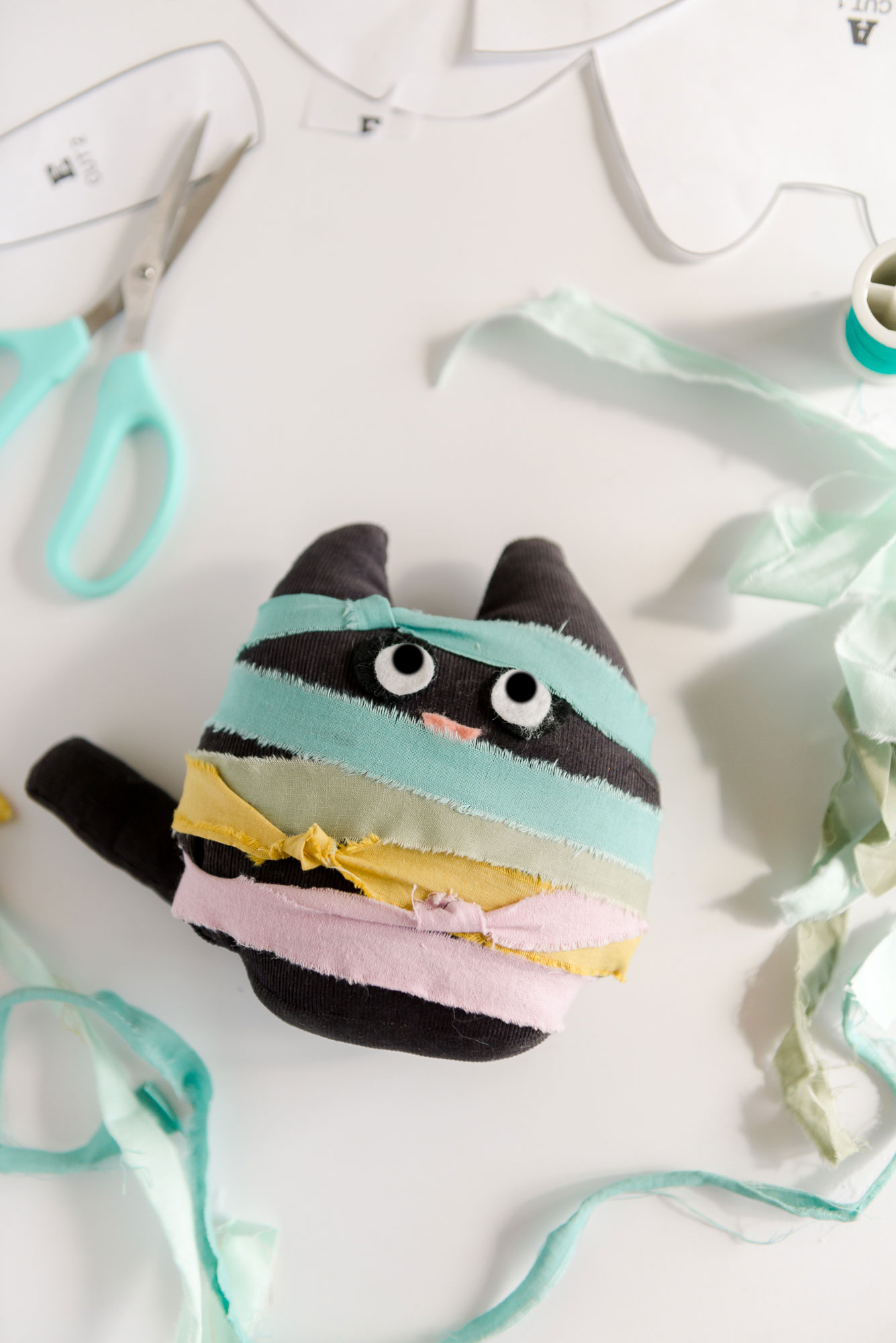 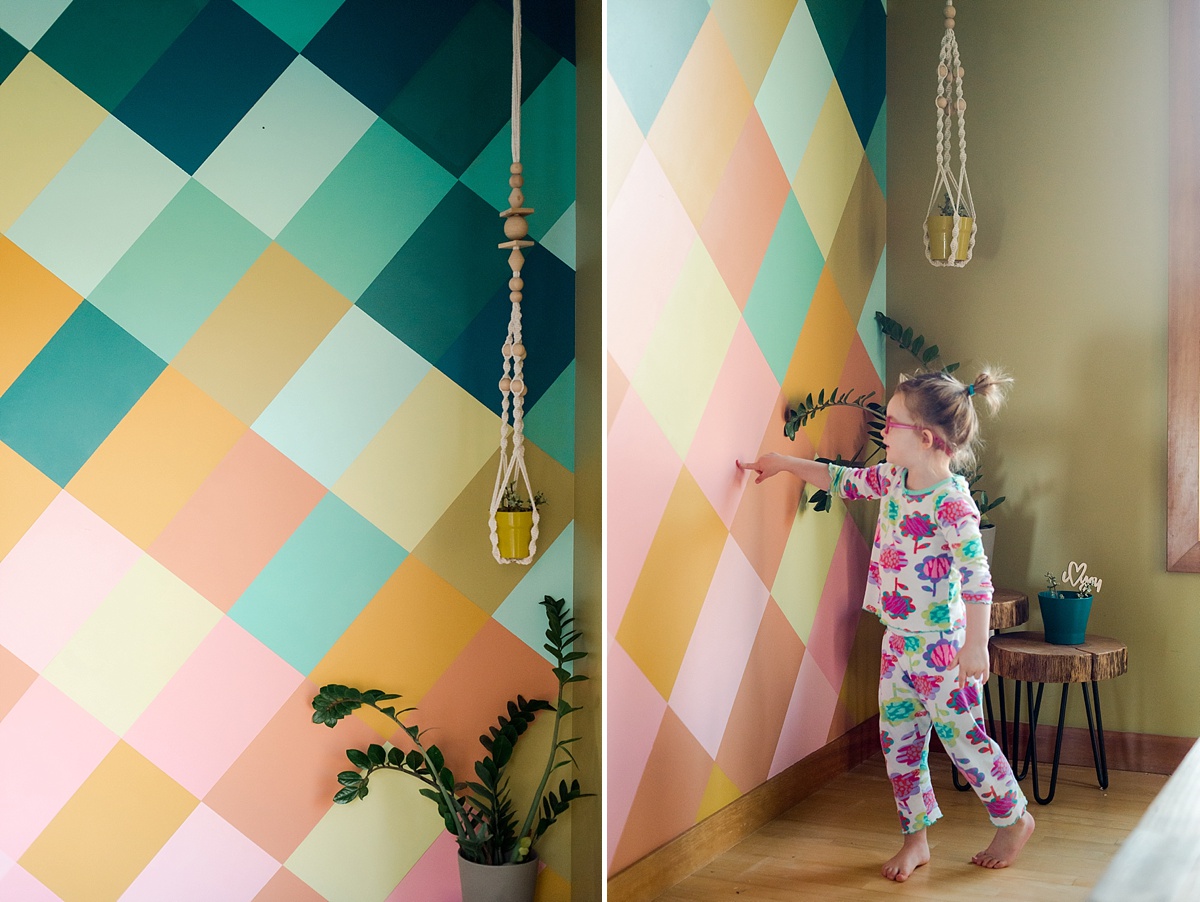